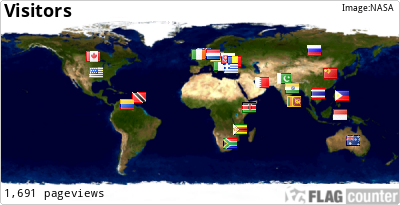 It took me a year of being alone, without any type of personal relationships, to find my own inner strength. Coming from the land of childhood abuse the only feeling I ever knew was just how inadequate I was. I was no more than anything, I was to feel less than human, because well, as a child I was blamed by my primary parent for their life’s failures. My whole identity was based on, if I had never been born, they could have gotten their college degree and became something. Instead, I was born, they had to quit school to provide for me, I was their burden.

Can you even imagine carrying that kind of weight as a child? In my own vision, when ever I saw a successful adult, the guilt of being born, only continued to grow. Now for those of you who have read my homepage, you will see where I have listed my personal successes, such as obtaining not only one college degree but three. So you may be asking yourself, if I had no personal inner strength, how could I have managed to stay in school to achieve this.

At sixteen years old, after being beaten, sexually assaulted by my father, and almost choked out of existence, it took one moment for my vision of what fatherly love was, to wake me up. Like a memory frozen in time, it was the moment when my father took a picture of me off the fireplace mantel and slung it across the room towards me to shatter on my broken, beaten body. As the glass broke into a million tiny pieces I suddenly concluded at that moment, this was not fatherly love, this was not love at all. To this day I still do not know why this moment changed everything for me back then, it just did.

At that moment when the glass shattered on my body, I finally stood up for myself. I began with fist in hand, to fight for my life, instead of taking the beatings. I can honestly say that this is the moment that the “other side of me” was created. Can you see it? A scrawny 115 pound 16 year old child standing up against a 6 foot 225 pound full grown man! The look on my fathers face when I threw my first punch was priceless. I can only imagine him thinking “oh shit!”, she’s not taking my shit anymore!

A few weeks after that, I was removed from my home by authorities in Texas due to the abuse. Just so you know.

Back to the college thing and me-

That day that I just wrote about, that created the “other side of me,” is what I refer to as sheer rebellion. From that day forward, I developed a very strong minded personality the type of personality that does not take shit from anybody. I used this personality to go to college. I basically went to school to prove to my father who was no longer in my life but very much in my thoughts that I could go to college despite having four children of my own, and that I could be a success.

I do not personally define this as having inner strength because to me this type of living was only in my eyes living out of rebellion. I still felt worthless on the inside. During the years that I attended college I may have succeeded academically but I was a personal mess. By the time I completed three college degrees I had been married and divorced twice and was on my third failing common law marriage relationship. Looking back, I was the biggest co dependent to probably walk the face of this Earth. No person in their right mind wants a needy can’t live without you type of person holding them back, hence that’s who I was, because I had no self value, no self worth, and no personal inner strength.

By the time I reached 48 years old, I had been married and divorced again. I had also survived a suicide attempt which literally almost ended my life, that’s another story in itself. My children by now were becoming adults and I was still hanging on to my last broken relationship when he decided to try something different meaning someone different and it broke me down emotionally to the point that perhaps I needed to be broken down to, because I began to look at my life, I mean really look at my own behavior, my own actions, my own self.

Sometimes things happen in our lives that hurt us deeply, but sometimes that is what is necessary to bring about change. Today, I can honestly say, that being broken once again by someone I deeply loved was the the best day of my life. At the beginning of the breakup I jumped into a few casual relationships only to be rejected because I was once again too needy. After immediate failure, I remained alone, and somehow found my inner strength.

That year I spent alone, I created my own flower garden business, which took off and was a big success. I went places alone and began working on my own home remodeling it something which had not been done in the twenty years that I had lived there. I learned to depend on me and me alone. I no longer needed to ask for someone else’s opinion. I no longer needed to follow anyone else’s rules and regulations. Do you know how freeing this was for me? Trust me, if you are a co dependent, just try it!

It is my biggest hopes that you too can and will find your own personal strength. I am just giving you an example of what it took to find mine. We all have our own paths that we walk down, our own personal experiences and our own timing. If I can find my inner strength after all I have been through, then so can you. Don’t ever give up on you like I attempted to do. Keep moving forward and don’t look at set backs as being the end of your world because perhaps a loss will turn out to be your biggest gain.